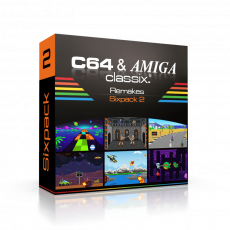 Things aren't what they used to be? These games certainly are! Six timeless classics for your PC!

The immense success of the Commodore 64 and Amiga 500 gave rise to a slew of creative games that enjoy a sizable fanbase to this date. Games that broke new ground and are just as enjoyable today as they were back then. This bundle comes with 6 originals and remakes from the golden age of gaming! Get ready for a healthy dose of retro on your PC! 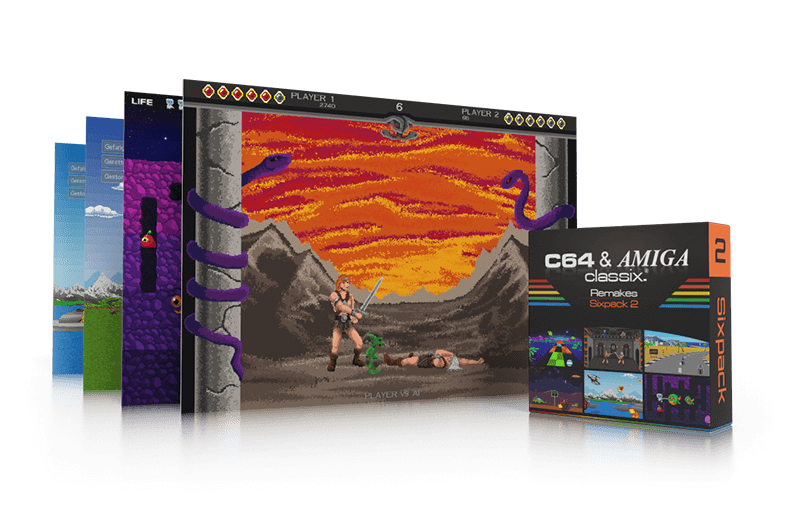 Pick up and rescue prisoners with your helicopter and drop them off at a nearby base. You'll be fighting against tanks and aircraft in the process–along with the occasional drone attack for additional tension. Enjoy hours of retro action and steer your chopper through an explosive mission!

Patrol the moon with your trusty lunar vehicle and jump and shoot your way to the goal via various checkpoints. Not only will you be dealing with massive potholes but also nasty UFOs and starships that are armed with bombs and missiles. Don't waste time and hurry to the next checkpoint!

Railracer is a futuristic racing game that has you navigate a ball through multiple courses, either through keyboard our mouse controls. Get ready for fast-paced action, breath-taking jumps, and loads of fun with classic retro visuals.

Eliminate cave-dwelling pests by inflating them until they burst–or dropping rocks on them. You're controlling a tunnel boring robot that dies when it touches a monster, gets hit by a rock, or gets burned by fire! Enjoy classic game design and cool levels that will keep you going for hours!

Race around the world with your motorcycle and cross each section within the time limit. Each continent comes with a different level of difficulty and visuals. Beat your personal best and tour the world in this nostalgic retro racer.

The princess has been captured by the dreaded wizard and it's up to you to free her. Cross dark forests and barren plains and make your way to the wizard's fortress. But beware: The wizard has hired brutal barbarians that will try to stop you! Enjoy tricky battles, nostalgic 8 and 16-bit backgrounds, and a powerful final boss that will keep you on your toes!