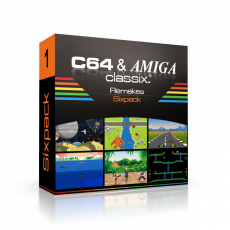 Do you remember the time when computer games prioritized gameplay over fancy graphics? When games were created not by large corporations but small teams and with moderate resources? Back then, the Commodore 64 and Amiga 500 ruled the roost and we'd like to take you back to that golden age with 6 classic games that were carefully remastered for your PC! 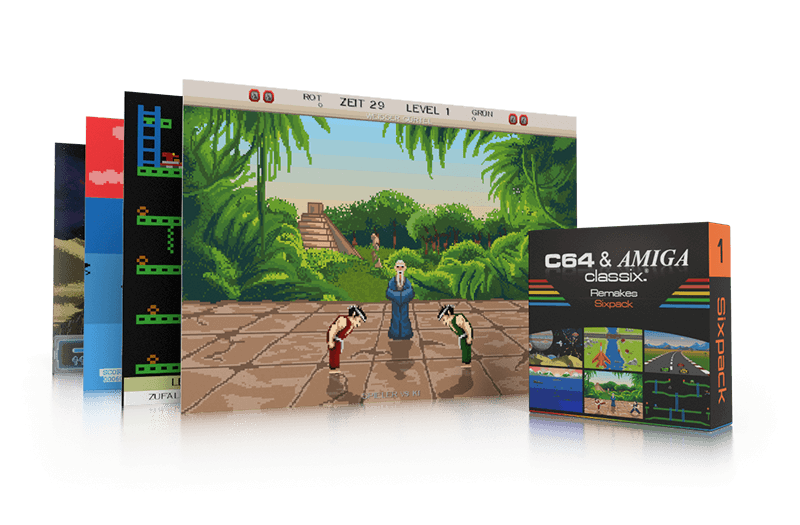 Go on an action-packed rescue mission and soar through alien-infested skies with your trusty jetpack. Save the humans scattered across the surface of the planet before they're captured by aliens. Get ready for a classic shoot 'em up with nostalgic visuals and gameplay!

Jump Boy is a wild remake of an early platformer. The goal is to defuse all bombs on the screen. Your character can climb ladders, jump across gaps and use ropes. Each level is different and packed with tricky puzzles! What makes this remake special is that each level comes with a unique enemy, threat, or secret not found anywhere else.

Get ready for a true C64 and Amiga classic: Karate. Do you have what it takes to beat your mighty opponent? Act fast and counter powerful attacks, evade devastating blows, and beat your enemy into submission. Enjoy a classic beat 'em up with a healthy dose of nostalgia!

Pitstart is a classic Formula 1 racing game. Your goal is to make as much money as possible by winning various races. Pitstart offers numerous tracks for added variety. Important: Unlike their somewhat clumsy counterparts from 1984, this time your opponents use clever strategy and put up a genuine fight!

Take on the role of a fighter jet pilot and navigate through narrow gorges that are teeming with enemy aircraft, balloons, helicopters, boats, and enemy jets. Your goal is to advance as far as possible into enemy territory and take them out!

Commandeer a submarine and sink or destroy all enemy ships. Your armament consists of 4 torpedoes that auto-reload after firing. Sounds easy right? Far from it: The enemy uses mines and depth charges to blow you out of the water so make sure to stay on your guard!